Once upon a time in an era when I had no pain, one of my self-care techniques was to go for a walk. I would grab some music and head for the woods to settle my mind and relax. Everything changed after some discs in my spine worsened, and things deteriorated.

This led me to adapt other methods of self-care along with the ones I already had. Thankfully, my anxiety and depression didn’t have too bad of a spike from the loss of my usual method. That said, walking went from an exercise that calmed me to something that had become a chore.

Getting around the house, especially with the stairs in my parents place, is bad enough. I use a powered shopping cart to go grocery shopping, which robs me of spoons anyway, and the mere thought of taking a walk through the hilly terrain of my area makes my hips throb.

Now, my brother lives several states away. I don’t get to talk to him often, and we have few enough common things to speak about. Enter Pokemon GO, an interactive game by Niantic where you physically walk around to different locations and catch Pokemon who are “virtually” there. With the ability to earn location-based gifts and send them to people, this is a great way for my brother and me to have some long-distance fun.

However, you might have already spotted my problem, especially since I do not have a wheelchair. When this game came out, I was at university on a mostly flat campus with one very avoidable hill and hips that didn’t hate me quite as much as they do now. Even then, a walk around campus was a spoon-draining chore, albeit a worthwhile one, since the concept of the game alone was enough to hook me instantly before interactive components were introduced.

Since then, I’ve been forced to drop out of school because of my increasing pain levels and had to move in with my parents (this is why I must tolerate stairs for the time being). This has put me a fair distance from many of these stop locations, or “Pokestops,” to collect the pokeballs needed to catch these Pokémon, let alone find many of said Pokemon. Any walk around even a tiny fraction of the neighborhood leaves me drained, and using my car as an assistive device seems both ill-advised and somewhat creepy in the wrong situation.

My new apartment, which I intend to obtain in the next few months, is much closer to many of these stops, so I could use some of the in-game tools to more of my advantage. When I eventually obtain a wheelchair, it would not only increase my mobility with the game, but also decrease spoons used when traveling just about anywhere.

Whether it’s Pokemon GOing or one-stop shopping or heading out for a stroll in the sun, walking takes far more spoons than it used to, and I have to be more diligent with my body. While I have been able to generally adapt, I hope assistive devices are in my future, to facilitate the saving of spoons to do things I like or need to do.

Kyla is a science-fiction writer from the United States. Vey have a website where vey blog about stories, such as reviews and topics like theme analysis. You can also find Kyla on Twitter, where vey tweet about writing, disability, and a host of other things.

We at the Spoonie Authors Network condemn white supremacy and the systemic racism that upholds it, and we want to continue to be a safer place. We welcome disabled and/or autistic BIPOC creatives (and/or those who manage chronic conditions) to submit articles to us or request to be interviewed on the Spoonie Authors Podcast. 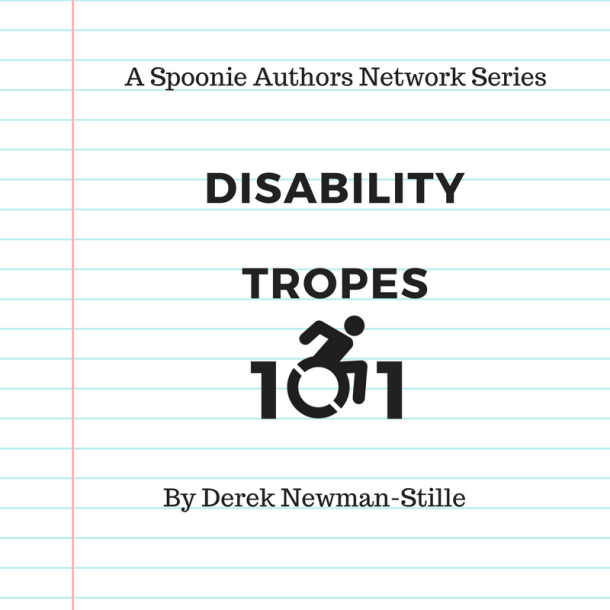